A JADE FIGURE OF A BIXIE, HAN DYNASTY
Lot 29 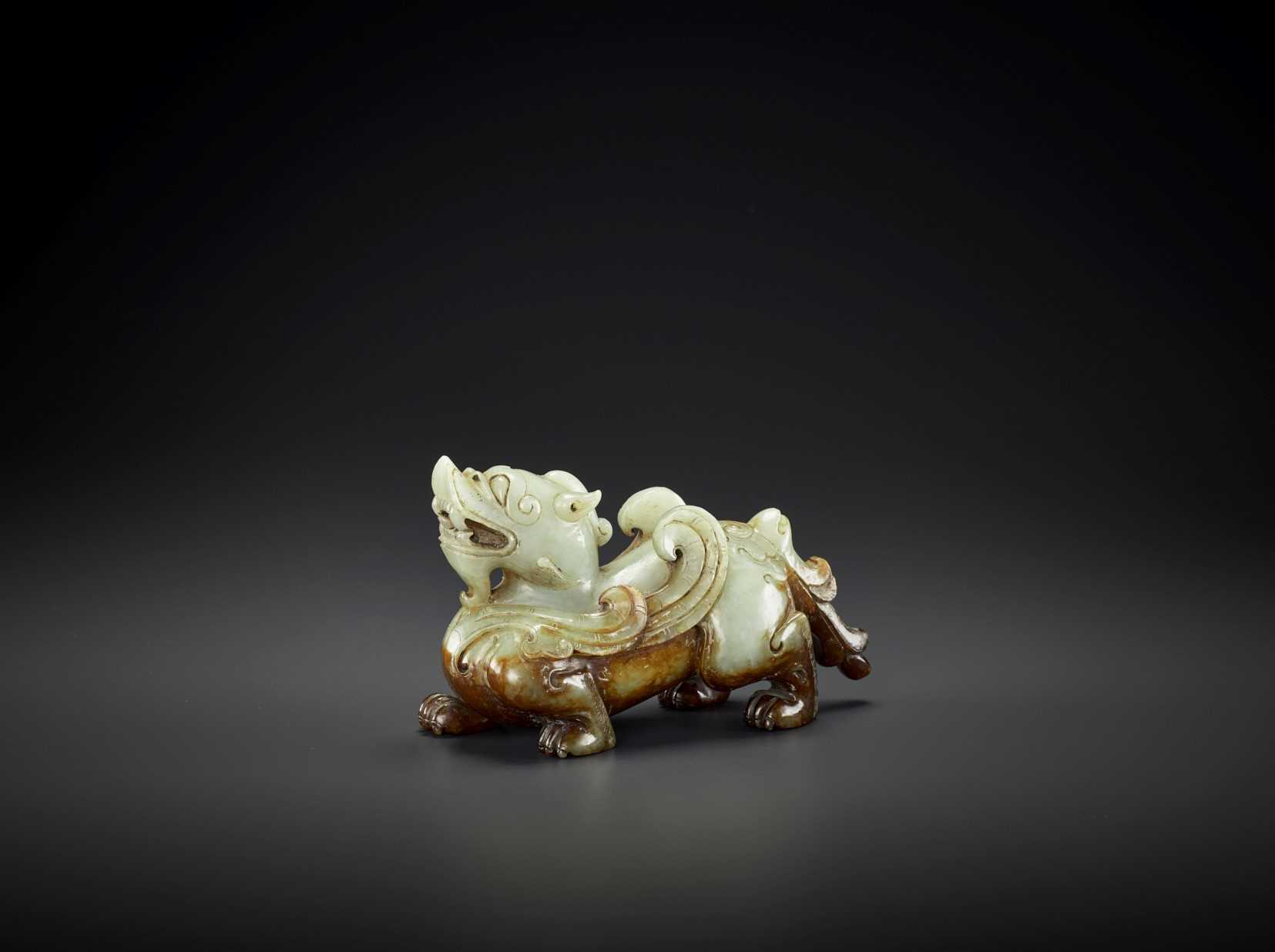 A JADE FIGURE OF A BIXIE, HAN DYNASTY
Lot 29

Powerfully carved standing foursquare, the neatly incised wings issuing from the chest, the body with muscular limbs and a furcated tail, the beast's head with opened jaws depicting a ferocious facial expression framed by a long beard, funnel-shaped ears, and a curved horn. The semi-translucent stone of a pale celadon tone with extensive russet shading to the lower body. With a carved and fitted wood stand.

Jade animals carved in the round were comparatively more common in the Han dynasty than in previous periods and a great emphasis was placed on the depiction of wild animals in all their ferocity. Fighting tigers, intimidating bears, fierce eagles and mythical animals carved in menacing or aggressive postures were popular and were made in bronze and jade, depicted on textiles.

This animal, with the head of a dragon, but the body and claws of a lion with large feathery wings is inspired by prototypes from West Asia transmitted to China. Recent studies suggest that the motif of such winged mythical beasts derives from cross-cultural stimulation by way of continuous trade interaction and warfare with Western Asia and in particular, the Steppe areas near China's Northern borders. See J.Rawson, 'The Han Empire and its Northern Neighbours: The Fascination of the Exotic', The Search for Immortality, Tomb Treasures of Han China, Cambridge, 2012, p.28. Images of these beasts were often placed in tombs, either as tomb guardians to protect the deceased against evil spirits, or as auspicious carvings and decoration on smaller luxury ornaments.