A JADE HUANG WITH PHOENIXES 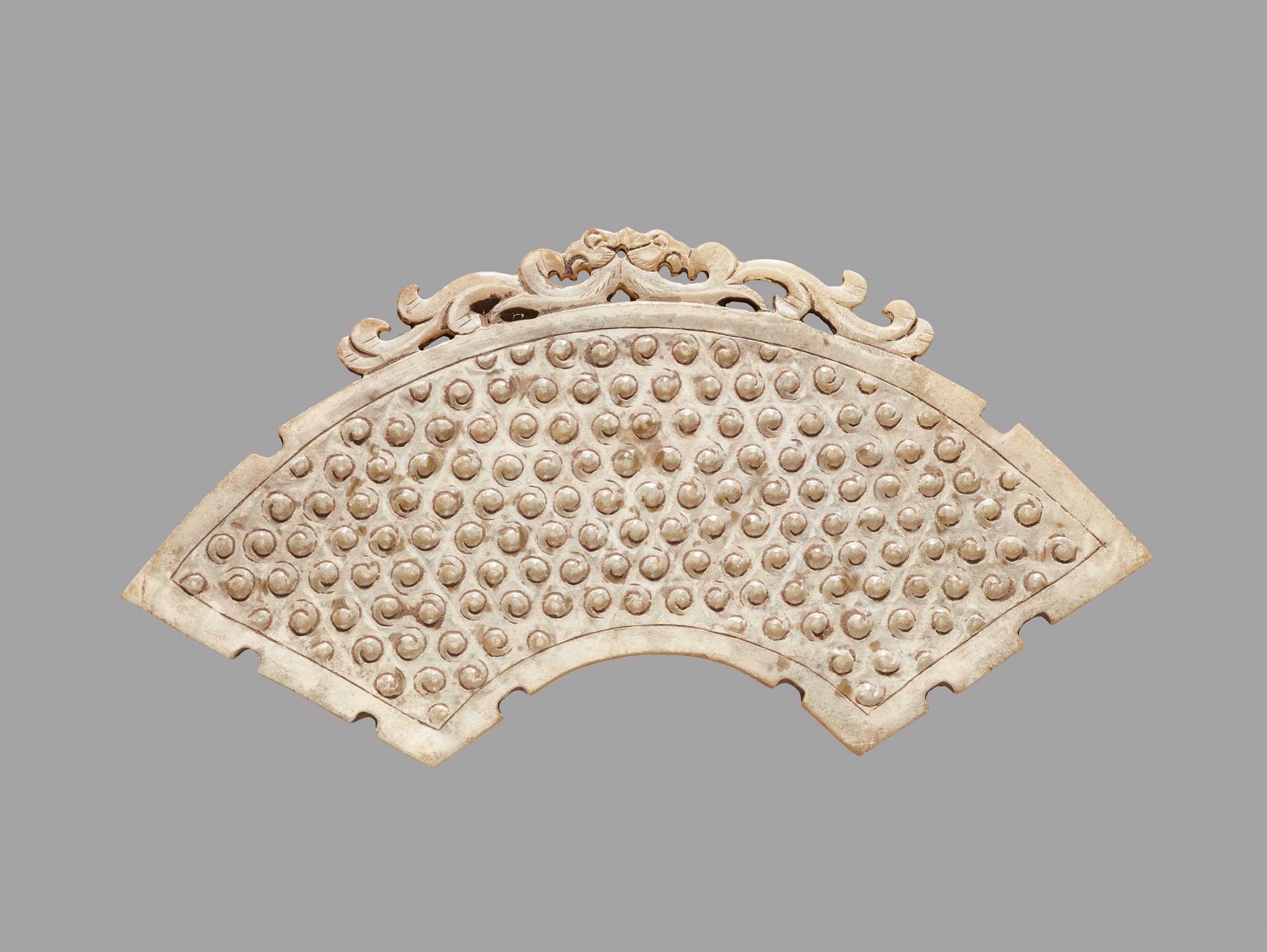 A JADE HUANG WITH PHOENIXES

During the Eastern Zhou, arc-shaped pendants known as huang formed the most common category of jade ornaments made for the nobles: at the end of the period, they were worked in more and more elaborate shapes, like the example presented here, which is embellished with two elegant, addorsed phoenixes carved in openwork at the top center. Their turned back heads are joined at their crests and form the suspension loop of the ornament, while their s-shaped, richly plumed bodies extend along the top border. Both sides of the huang are decorated with small spirals carved in relief with differently oriented ‘tails’. The contour of the pendant, marked by a plain band, is cut at regular distances with square indentations. The jade has altered extensively, due to burial, and now is mostly opaque and a dull, chalky white, except in some very small areas. There are numerous brown and black encrustations, indicating the presence of oxidized iron.

The present lot matches a famous huang discovered in 1977 in a Western Han tomb at Yanggong, Changfeng county, Anhui province, which is reproduced in many Chinese publications on jades: see, for example, Gu Fang, Zhongguo gu yuqi tu dian (The Pictorial Handbook of Ancient Chinese Jades), Beijing 2007, p.185 or Yang Boda (ed.), Zhongguo yuqi quanji: 3, Chunqiu Zhanguo (Chinese Jades: 3, Spring and Autumn and Warring States), Hebei 1993, no. 125. The pair of phoenixes carved at the top is identical in both huang, but in the excavated one, the surface is further embellished with long curls incised amidst the raised scrolls that seem to extend from the tails of the birds. The two pendants are the same length, but the one from Anhui is almost the size of a semi-circle and not one-third as the present lot.

Click the red 'Buy it Now' button to buy this item for the price listed on the screen. You will then be able to download your invoice and receive instructions about how to pay. Prices already include Buyer's Premium. The price you see here is the final price you will end up paying.