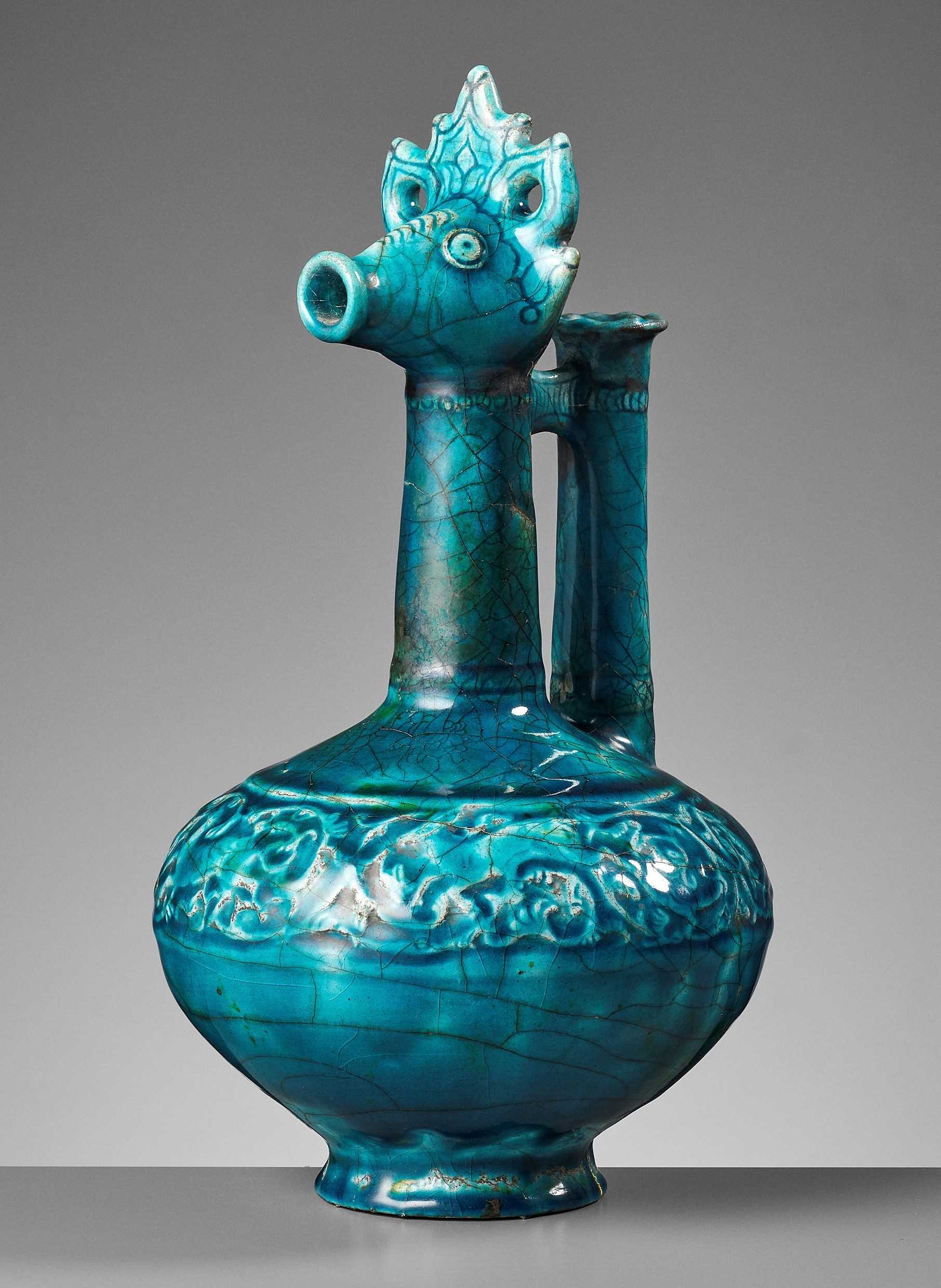 
Persia, 12th-13th century. The compressed globular body rising from a short spreading foot to a slightly tapered cylindrical neck terminating in a bull's head top with bulging eyes, an open tubular mouth, and paired horns forming loop handles at the top, a vertical spout rising from the shoulder and terminating in a cup-shaped mouth.

Provenance: From the collection of Karl Stirner, and thence by descent. Karl Stirner (1923-2016) was a German-born American sculptor known internationally for his metalwork. His art has been shown at the Museum of Modern Art in New York, the Pennsylvania Academy of Fine Arts, the Philadelphia Museum of Art, the Corcoran Gallery, the La Jolla Museum of Contemporary Art, the James A. Michener Art Museum, the Grounds for Sculpture in Hamilton, New Jersey, and the Delaware Art Museum, among other places.
Condition: Good condition, commensurate with age, with old wear and some firing flaws, including several massive firing cracks, some of which have developed into splits sometime after the firing, the deepest of which are found to the base and to the small section between the vertical spout and neck, partially with remnants of old filling. Further with glaze recesses, malachite-discoloration to the glaze due to misfiring, intentional glaze crackling, few small nicks, and minor losses.

The body is decorated in relief with a continuous band of frolicking deer amid foliate scroll. Covered overall in a rich turquoise glaze thinning at the edges and attractively pooling and darkening in the recesses.

Literature comparison: Compare a related piece illustrated in Ernst Grube, Islamic Pottery of the 8th to the 15th Century in the Keir Collection, 1976, p. 171, no. 120.