A MONUMENTAL INLAID AND LACQUERED WOOD MASK OF EMMA-O, THE KING AND JUDGE OF HELL
Lot 83 - JAP0522 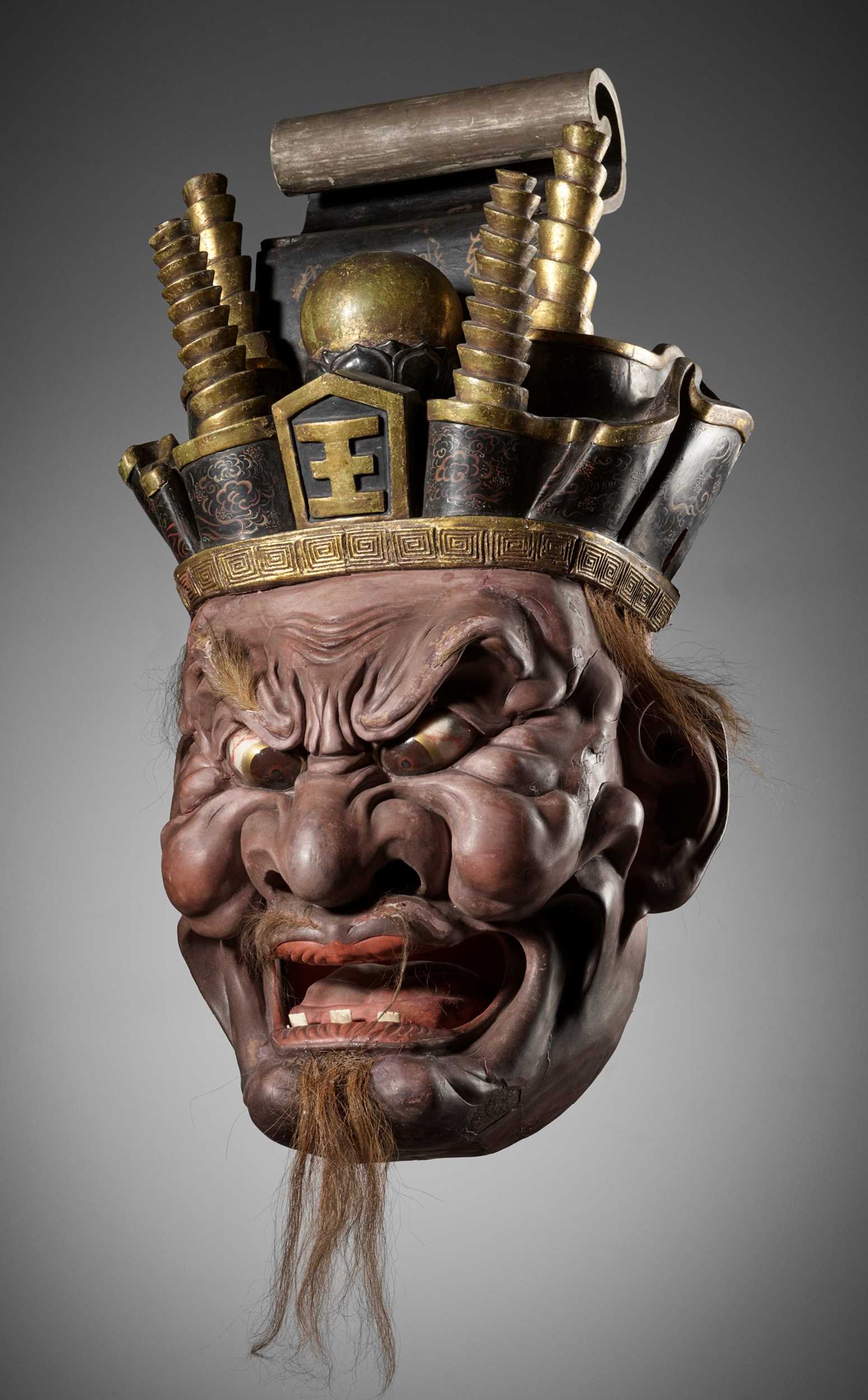 A MONUMENTAL INLAID AND LACQUERED WOOD MASK OF EMMA-O, THE KING AND JUDGE OF HELL
Lot 83 - JAP0522

The gigantic head boldly rendered with a fierce expression, marked by a large pair of dramatically reverse-painted glass eyes below furrowed brows, a broad nose with flared nostrils, the mouth wide open to reveal bone-inlaid teeth and a movable tongue. The head, brows, and chin neatly adorned with real horsehair.

His elaborate crown is finely lacquered in gold and black, with a central jewel on a lotus flower surrounded by four spires in front of a scrolling top, inscribed, and decorated with billowing clouds and key fret.

The present mask, larger than two average human heads, is almost unchanged since its creation some 250 years ago, with its original details made from a variety of materials all still intact. Its massive power and vigorous spirit have been exceptionally well-preserved through the centuries, and as such an imposing piece it must be considered as extremely rare.

Buddhists believe in reincarnation, but many schools of Buddhism hold that a sinful person is punished for a period of time between death and rebirth in one of several levels of Hell. Emma-o, a powerful and fearsome figure, decides this future fate of all deceased, sometimes singly and sometimes as part of a group of ten Hell Judges. For this reason, the image of Emma-o is a focus for prayers from the living, who ask for leniency for their recently departed loved ones.