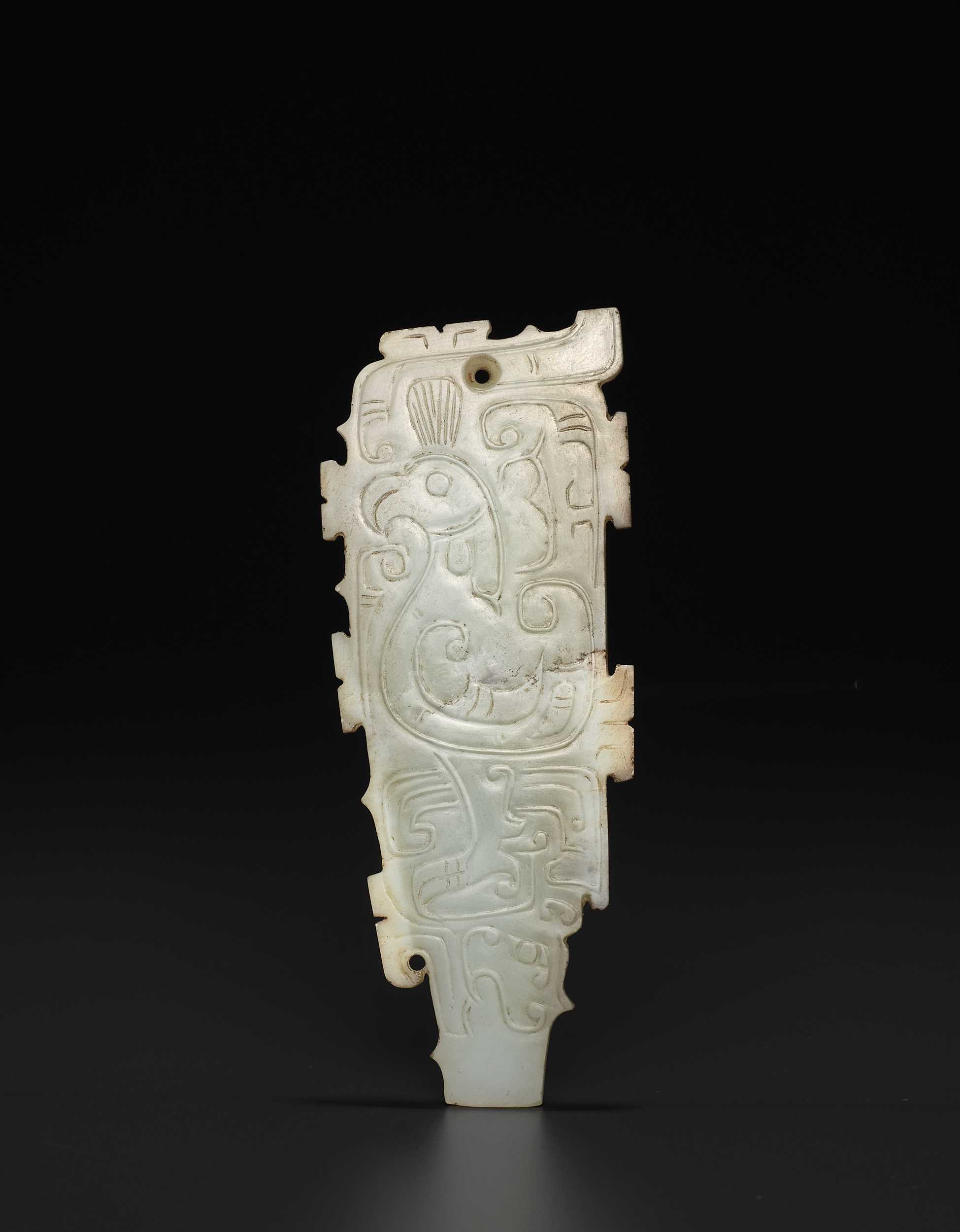 Of slightly tapering shape, carved on both sides with a phoenix perched on top of a coiling dragon, the contours and details rendered with double-line grooves. The translucent stone is of a pale celadon tone with patches of cream-white tone and dark veins. Few tiny nicks, distinct signs of weathering and erosion, with the surface showing a silky matt surface as a result of long-time burial.

The present ornament displays an elegant combination of two zoomorphic elements, depicting a phoenix perched on top of a coiling dragon, the contours rendered in double-line grooves, a style characteristic of the Western Zhou period.

Provenance: From the collection of David Taylor, and thence by descent within the Taylor family. David Taylor (1876-1958) was a notable British businessman who lived in Belfast and owned various commercial buildings along with a substantial portfolio of stocks and shares. During his travels to China in the early 20th century, he acquired many jades, including the present lot. His grandfather, Sir David Taylor, was born in 1815 in Perth, Scotland, and moved to Belfast in 1842, serving as its Mayor in 1867 and for two consecutive terms in 1883 and 1884.