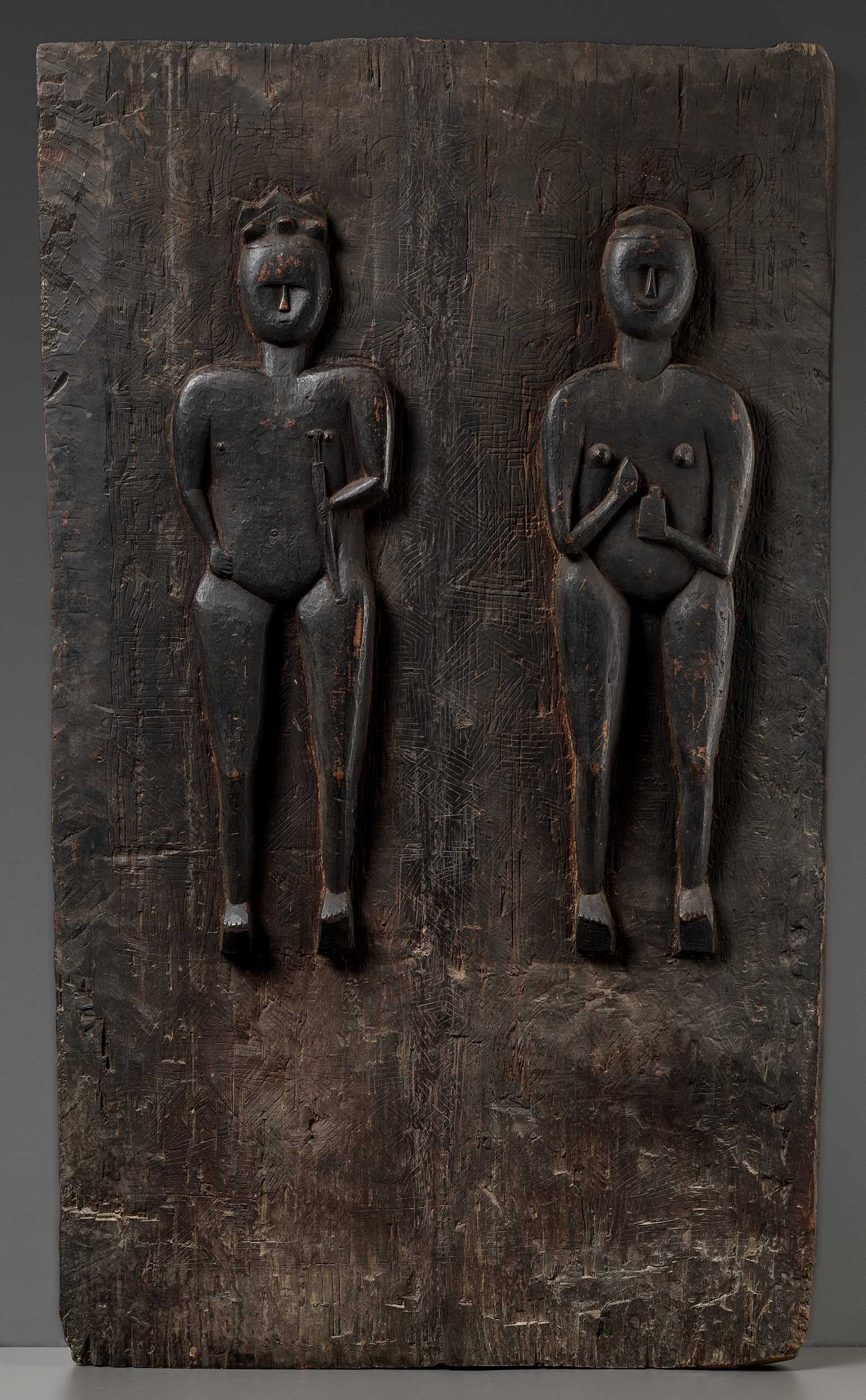 
Timor, Belu Regency, late 19th century. Expressively carved in relief with a male and female figure standing side by side, the man holding a dagger and the woman a bottle, their faces with deep eye sockets centered by a triangular nose and small mouth, the woman further with two small breasts. The panel is additionally incised with abstract geometric patterns.

Provenance: From the collection of Alexander Goetz, a noted German art expert and collector who specializes in Indonesian works of art. As a young man, he built and sailed wooden boats around the world, and eventually arrived in Bali in 1971. Within a year, he became involved in the local art scene and in 1975, he was sponsored by the Indonesian Institute of Science to do research on contemporary art in Bali. In 1990, Goetz and his family moved to London where he opened a gallery specializing in Southeast Asian art, with Indonesia as the main focus. Since 2015, Alexander Goetz has run Gallery 101, a dedicated art space in Kabupaten Badung, Bali.
Condition: Good condition with extensive old wear, weathering as expected, age cracks, some with associated old repairs. Small nicks, scratches, and losses. Beautiful, naturally grown patina overall.

This door was originally installed in a great thatched communal house belonging to an aristocratic, matrilineal Tetun clan. Such residences were usually embellished with painted walls as well as elaborately carved panels and doors. The floorplan reflected Tetun notions of the cosmos which held that humans lived on earth between the upper world and the underworld. The rear of the house was viewed as the women’s domain and symbolized the sacred underworld. Following birth, a father carried his infant through the “female door” to the upper world, which was predominantly male.

Most of such doors were decorated solely with tightly patterned geometric designs, while others singularly depict or combine raised carvings of breasts, animals, or ceremonial jewelry. In the case of figurative doors, they usually consist of a single effigy with a long angular frame or a half-bodied torso. Only very few doors actually depict male and female figures, like the two seen on the present door.