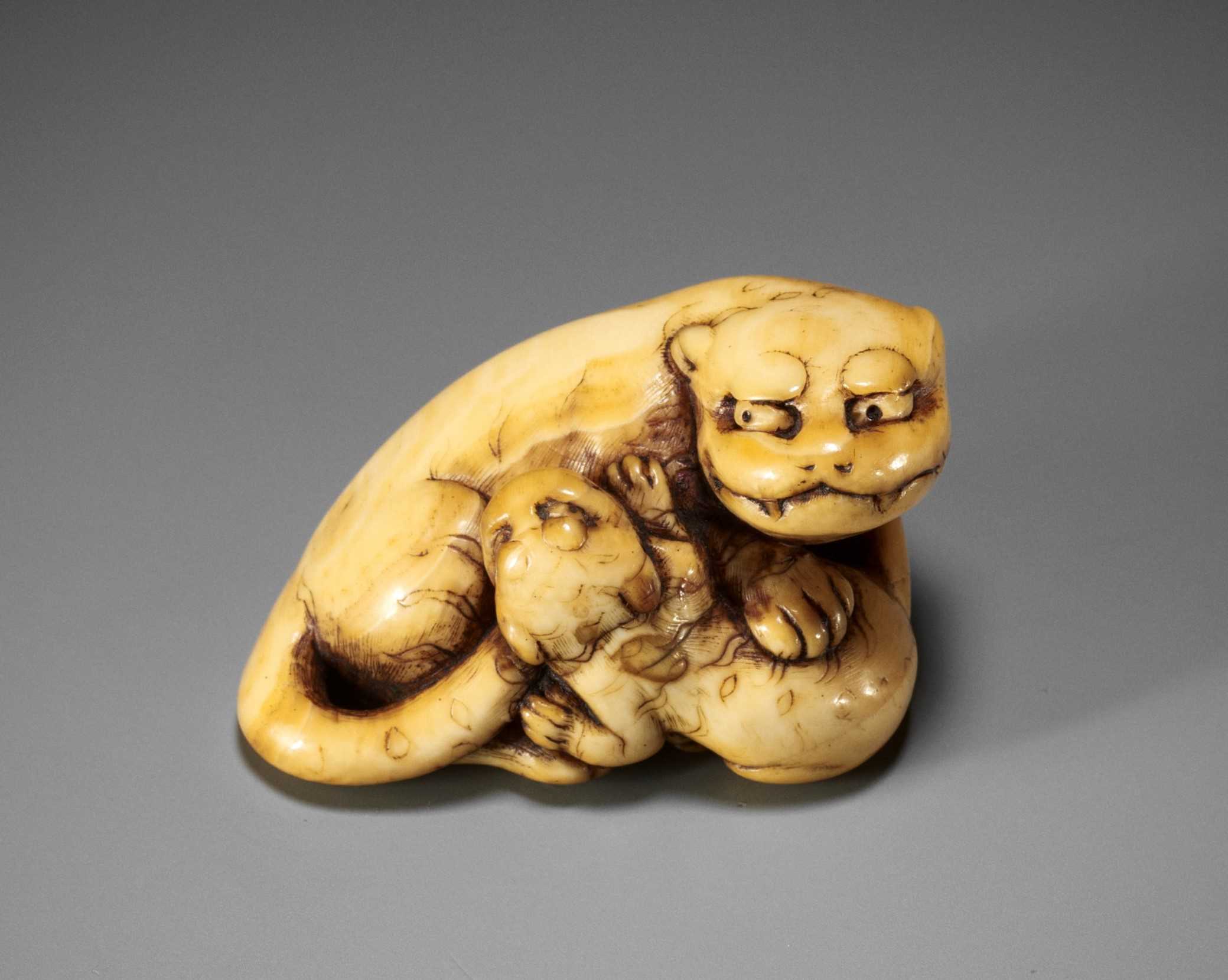 A remarkably powerful and superbly carved ivory netsuke of a tiger placing one paw protectively on its young cub which attempts to climb up on the adult’s side somewhat half-heartedly. The adult tiger’s thick tail curls around its body, terminating underneath the cub, while the cub’s tail curls around the parent’s left front paw, forming a compact and pleasingly tactile composition. What really sets this netsuke apart, however, is the gorgeous, lustrous honey-yellow patina, clearly being handled lovingly by several generations, the tiger’s fur coat markings and hairwork heavily worn down, though still clearly visible in the crevices and at irregular intervals throughout the carving. The underside shows the superbly carved, chubby paws and the large, generously excavated himotoshi, tucked away underneath the adult tiger’s belly.

The netsuke is unsigned, however can be confidently attributed to the hand of Tomotada, but it is our opinion that this netsuke requires neither signature nor attribution and stands strongly very much by itself.

The tiger (tora) is the third animal of the Asian zodiac and represents courage, resilience, and strength. It also plays an important role in Daoist philosophy providing a counterpoint to the dragon (tatsu). The tiger is not native to Japan; therefore, images of tigers were only known from Chinese paintings or on rare occasions when the tiger’s fur was imported into Japan. This brings to mind a Japanese proverb - "When the tiger dies, he leaves his skin, the man his name".

Trade Certificate: The trade certificate for the sale of this lot within the EU has been granted (permit number AT 22-B-0452).