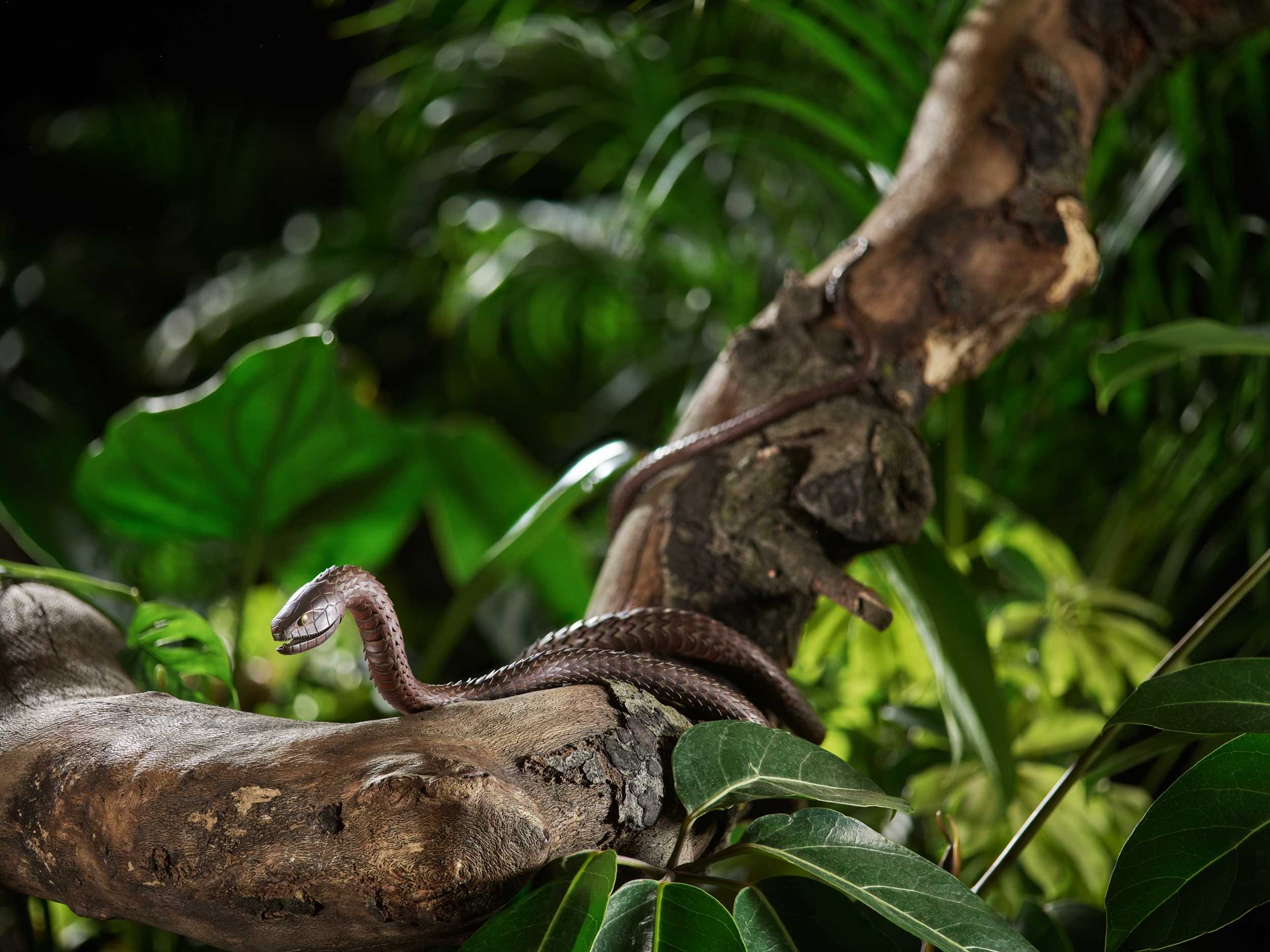 The patinated russet iron snake constructed of close-fitting hammered plates joined inside the body, the head chased and engraved with scales and fitted with a hinged jaw opening to reveal the tongue and two rows of teeth, the eyes gilt, signed MUNEKAZU under the snake’s chin.

The art of creating lifelike figures of animals in metal, known as jizai okimono, which developed during the Edo period, is an example of outstanding Japanese craftsmanship. Meticulously constructed with hammered plates of iron, these articulated figures were greatly sought after for decorative use. They were placed in alcoves alongside pieces of porcelain, pottery and hanging scrolls, and were the object of entertainment and discussion.

Popular subjects for jizai okimono included insects, fish, crustaceans, and even dragons. This venomous snake is an outstanding example of such objects and was made by the famous Myochin family workshop, renowned for its production of Samurai armor, especially helmets and highly decorative embossed plate iron cuirasses. With its fearsome glowing gilt eyes, its ferocious and sharp teeth, and its rows of intricately assembled scales, it confronts the viewer face on, ready to attack. The naturalistic quality of this piece is astonishing.

The present snake is signed Munekazu, the art name of Tomiki Isuke I (1853-1894) who tutored Kozan in Kyoto.

Click the red 'Buy it Now' button to buy this item for the price listed on the screen. You will then be able to download your invoice and receive instructions about how to pay. Prices already include Buyer's Premium. The price you see here is the final price you will end up paying.