This December, Galerie Zacke is proud to offer a selection of items with a truly illustrious imperial provenance.

From an ancient gold betel nut container to 19th-century hair combs, these items represent centuries of treasures, likely passed down through the imperial collection from one generation to the next.

“These are items of personal use that are incredibly finely worked,” says Max Zacke, head of our Precious Objects from the Lost Kingdoms of Southeast Asia sale. “The quality and condition are exquisite, reflecting the status and wealth of Bao Dai and the Nguyen dynasty."

Bao Dai succeeded to the throne in 1926 when he was just 12 years old. The young Emperor spent most of his childhood in France, returning to his homeland in 1932 to assume his nominal royal duties. While his power was limited, he advocated for educational and judicial reforms and challenged royal customs, ending the ancient Mandarin tradition that required aides to touch their foreheads to the ground when addressing the Emperor. 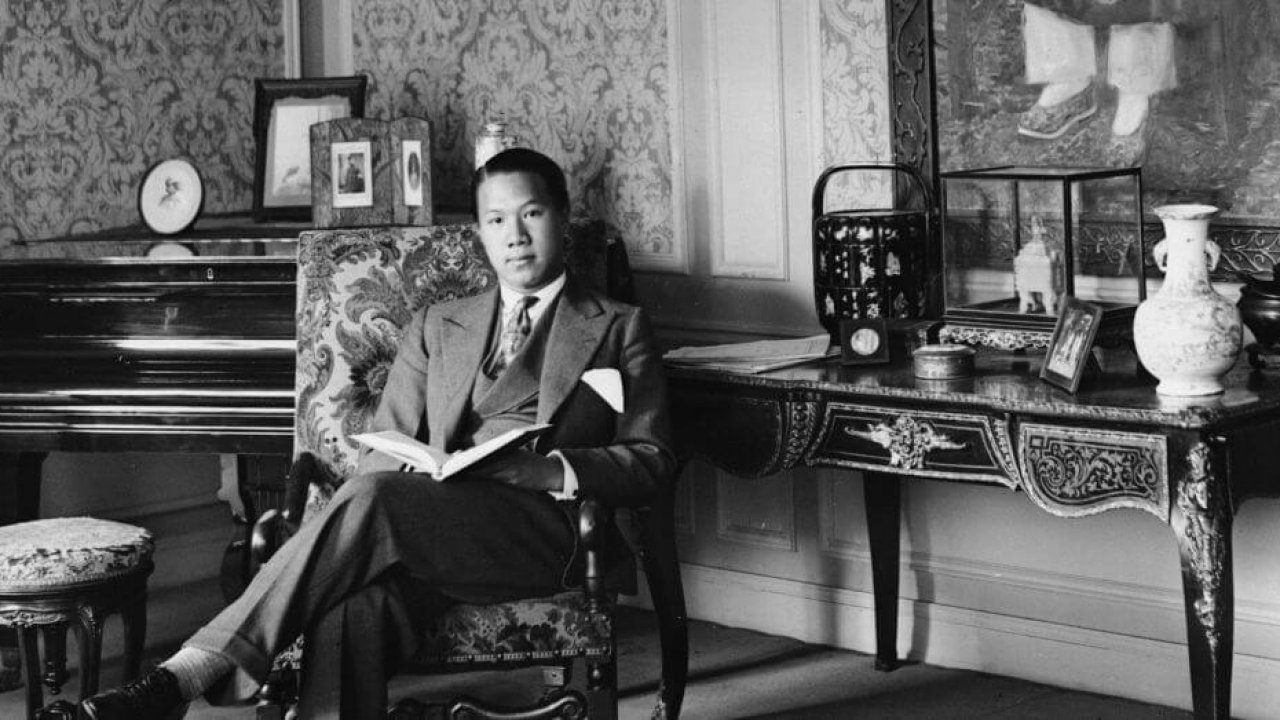 In 1945 Bao Dai abdicated the throne, remaining an important advisor to the new government under Ho Chi Minh. Over the next decade he left the country, returned as head of state, left again, and was ultimately removed from power by Ngo Dinh Diem in a referendum vote in 1955. He spent the remainder of his life in exile, largely in France.

The seven lots highlighted below were acquired from Bao Dai's previous collection by Dr. István Zelnik, a former high-ranking Hungarian diplomat who spent several decades in Southeast Asia, building the largest known private collection of Asian art in Europe. A letter of provenance attesting to their imperial provenance and signed by Dr. Zelnik will be handed out to the winning bidder upon request. 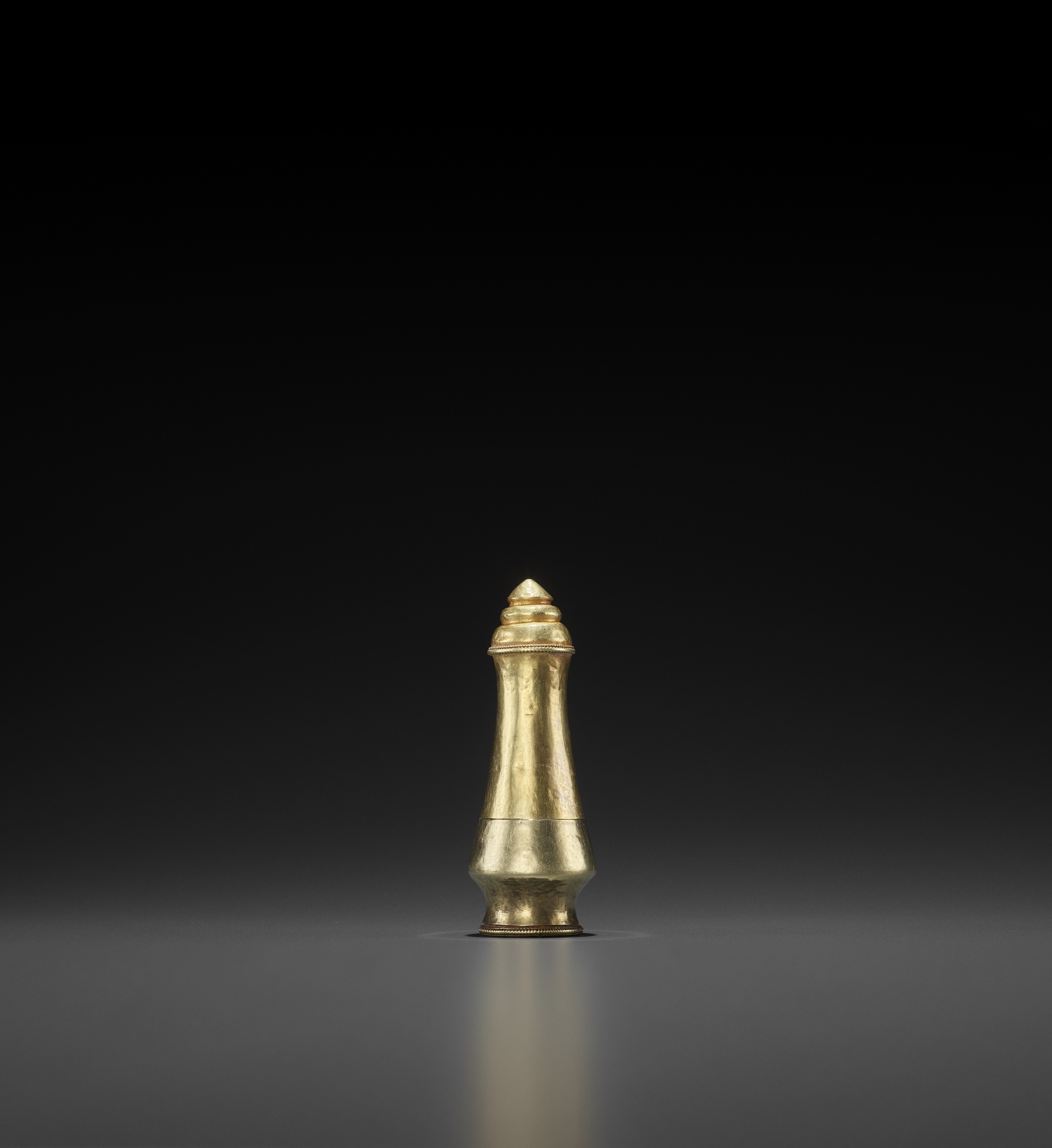 This gold betel nut holder is from the 10th to 15th century and was likely once a gift to a Vietnamese Emperor from a Cham King. The base features a fine repoussé showing a tiger, indicating this piece was crafted by a Cham King’s personal goldsmith or workshop. 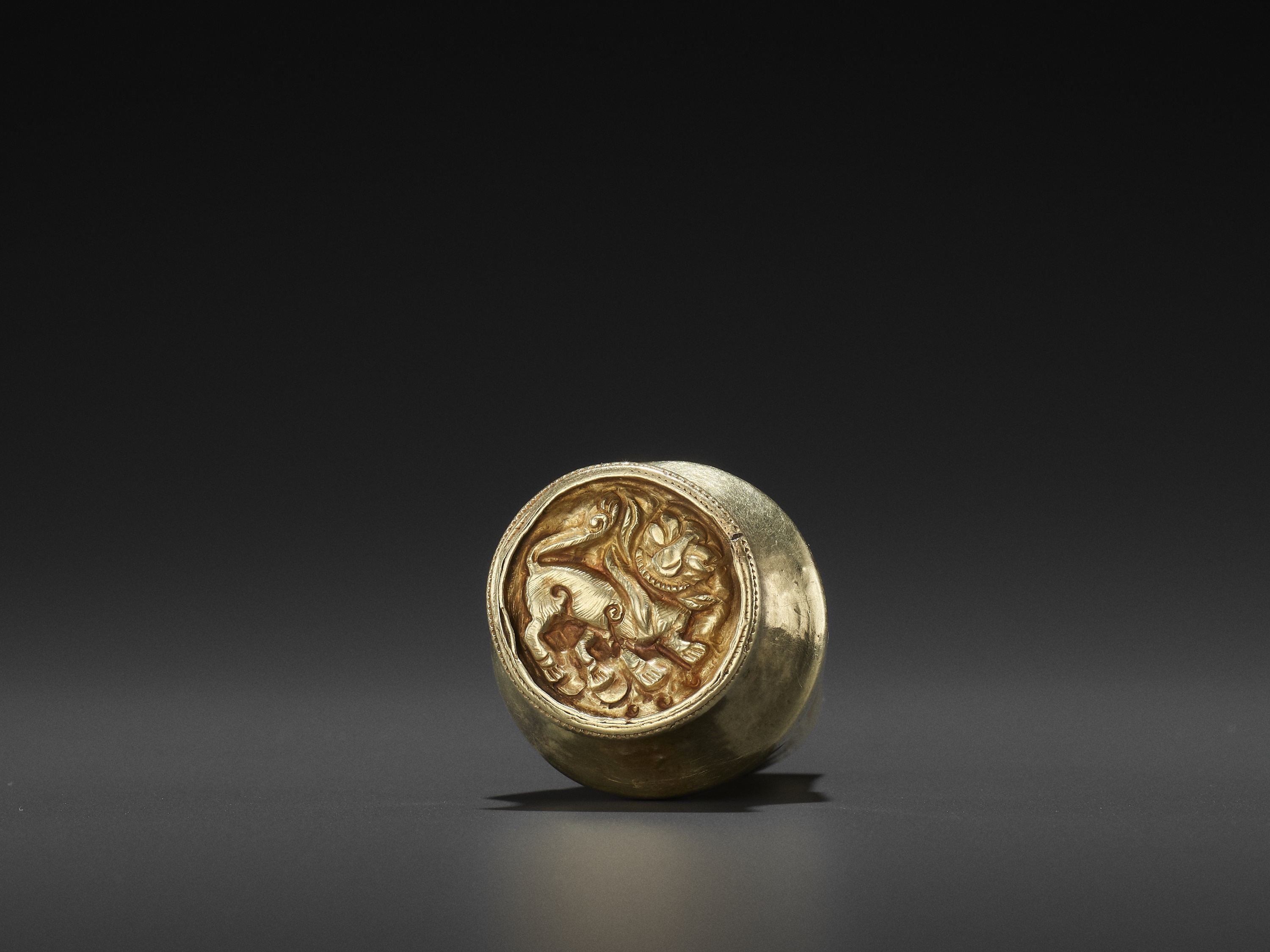 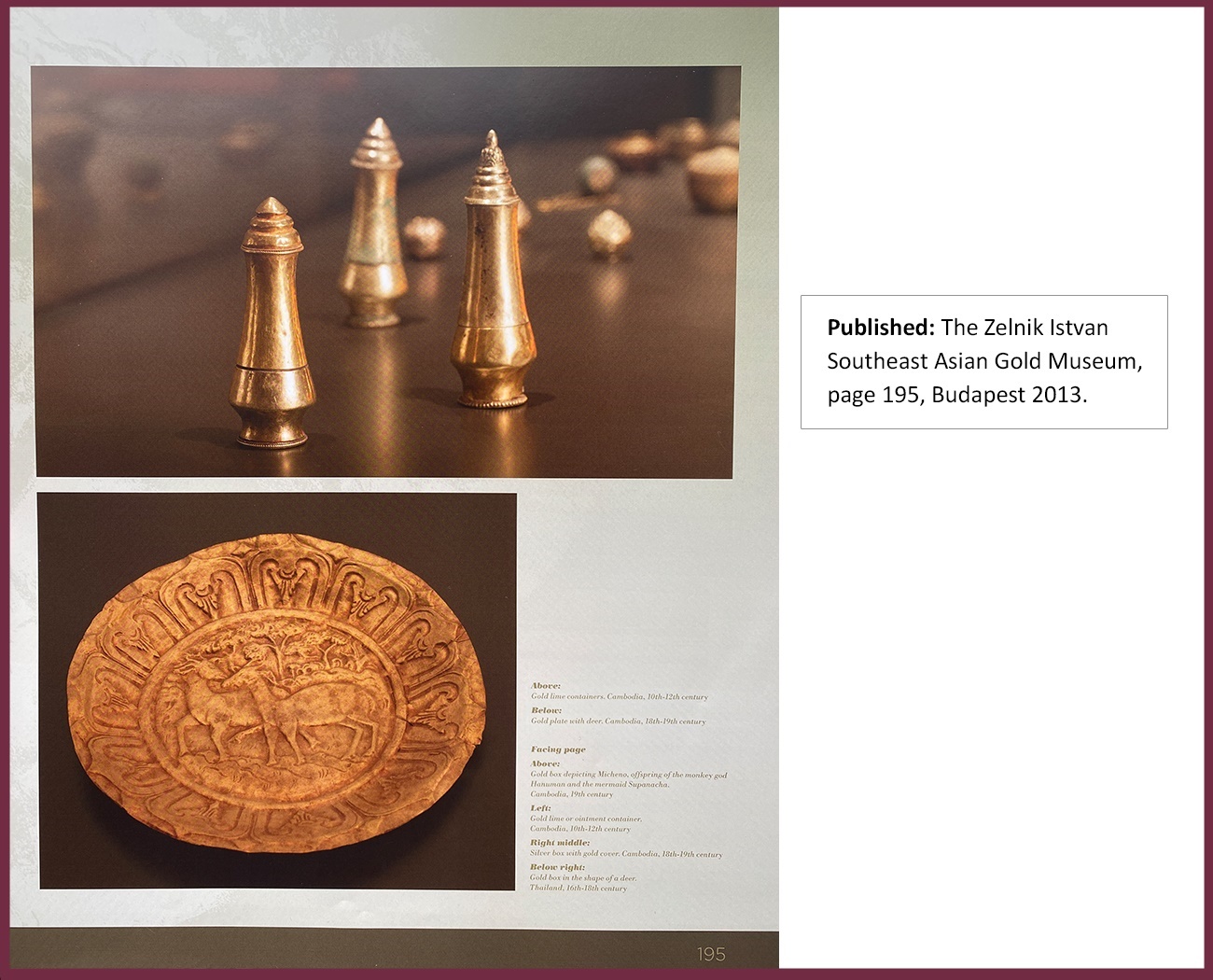 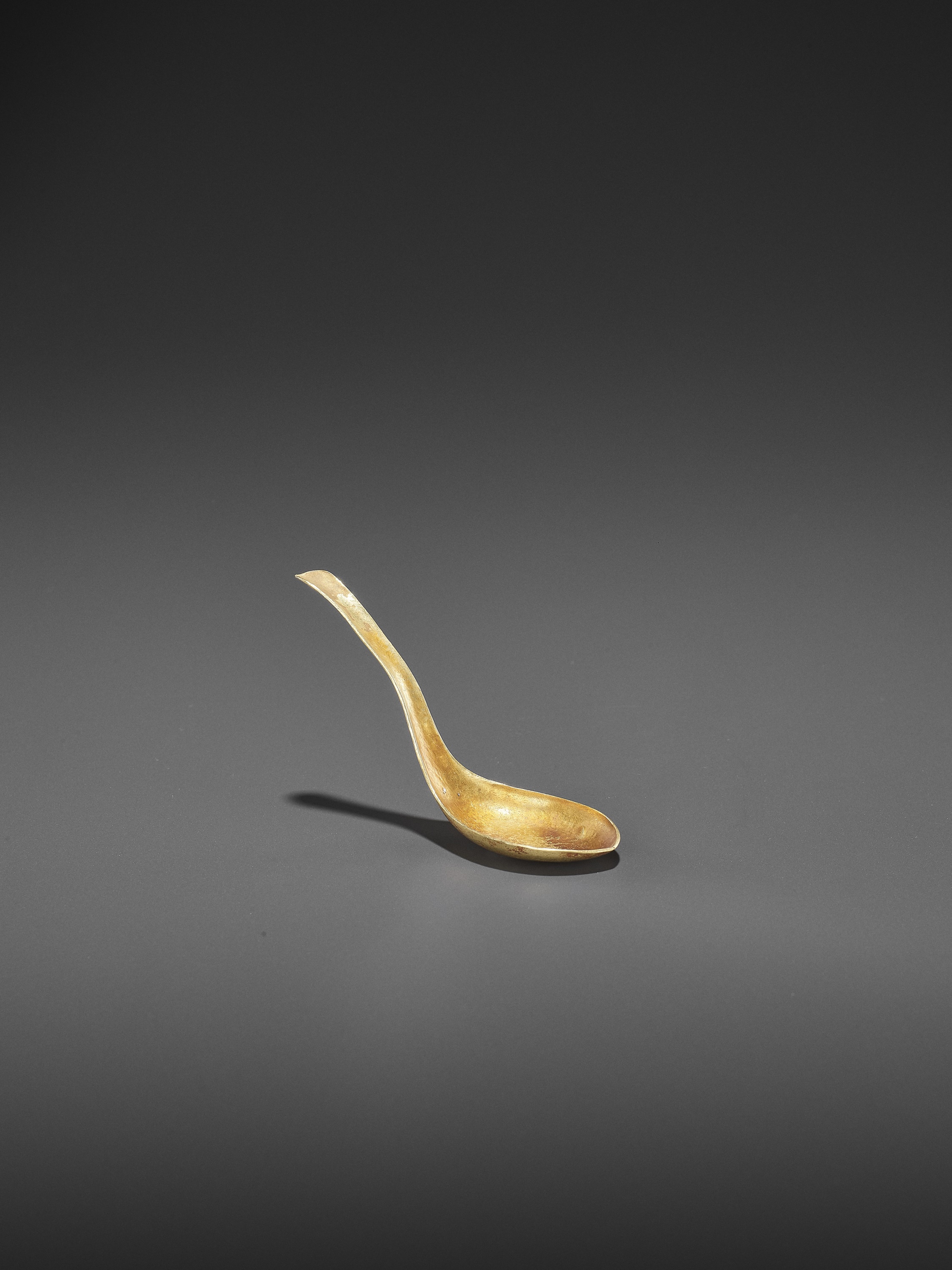 This small gold spoon dates back to the 18th to 19th century and is a fine example of gold craftmanship with a stunning copper-red patina. 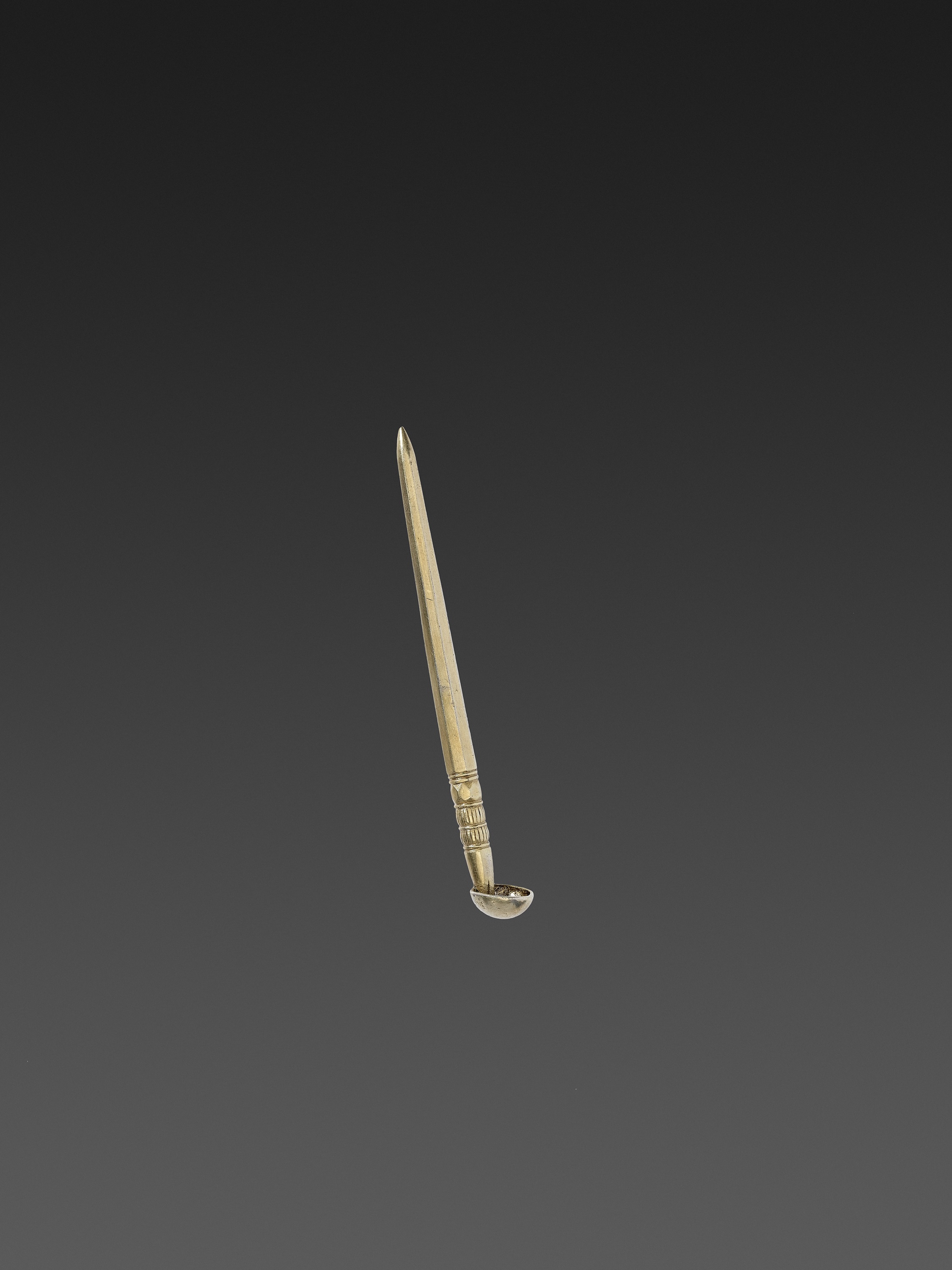 This gilt silver Vietnamese medicine spoon from the 19th century is finely cast with an octagonal handle, intricate details, a pointed tip and small circular bowl. 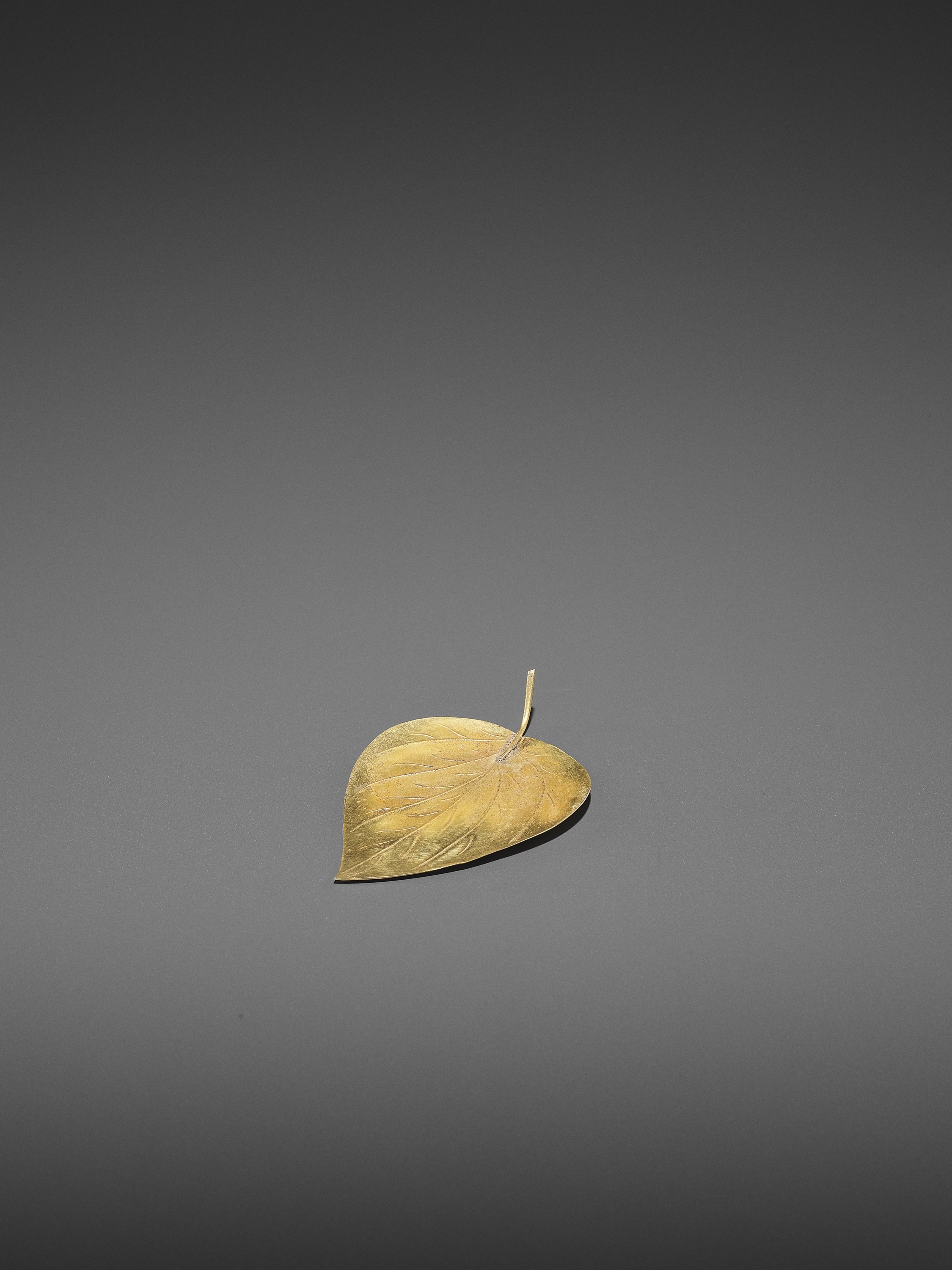 This naturalistically cast gold dish from the 19th century has finely executed veins and an elegantly curved stem. It was published in the The Zelnik Istvan Southeast Asian Gold Museum, page 72, in 2013. 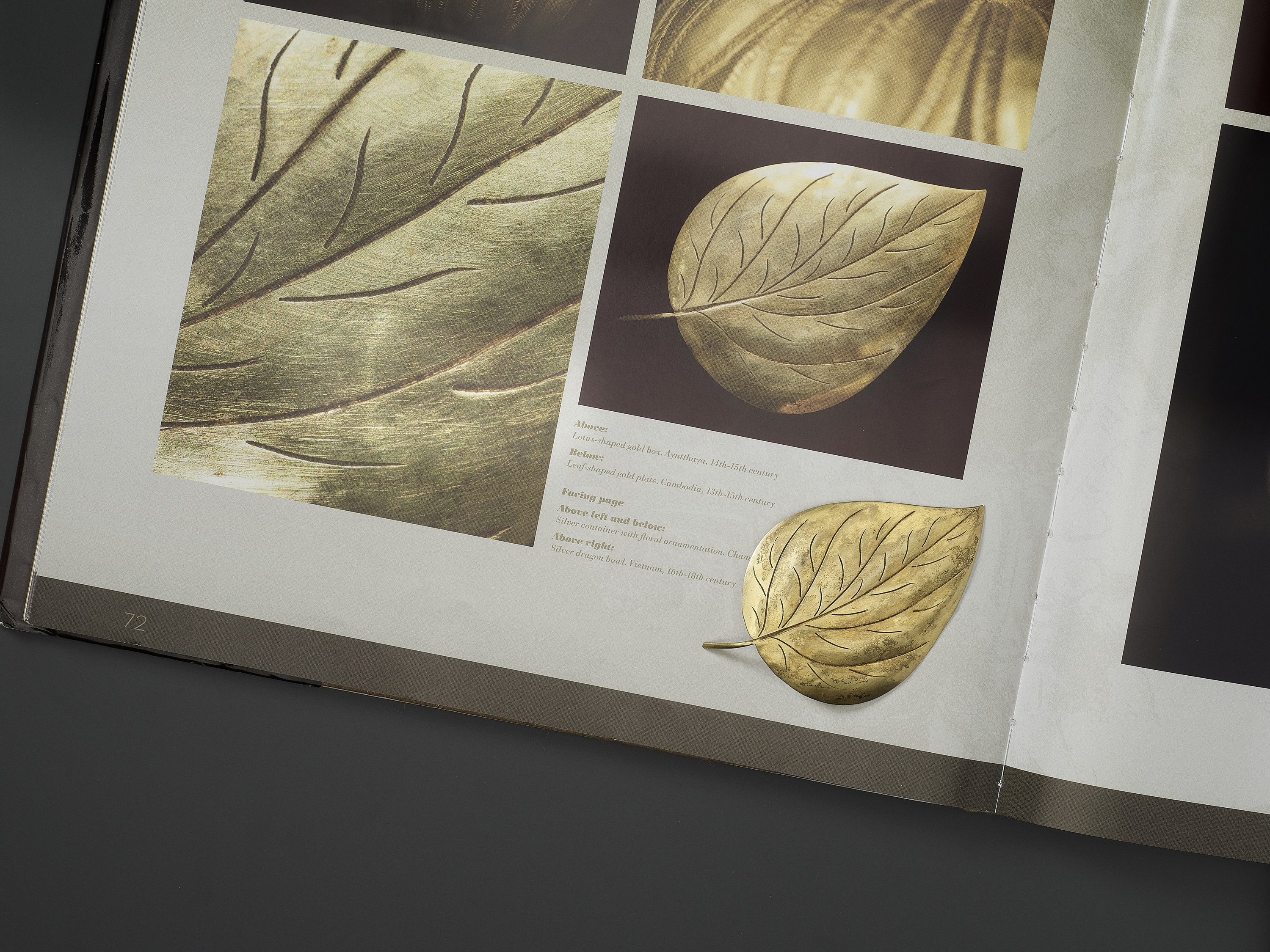 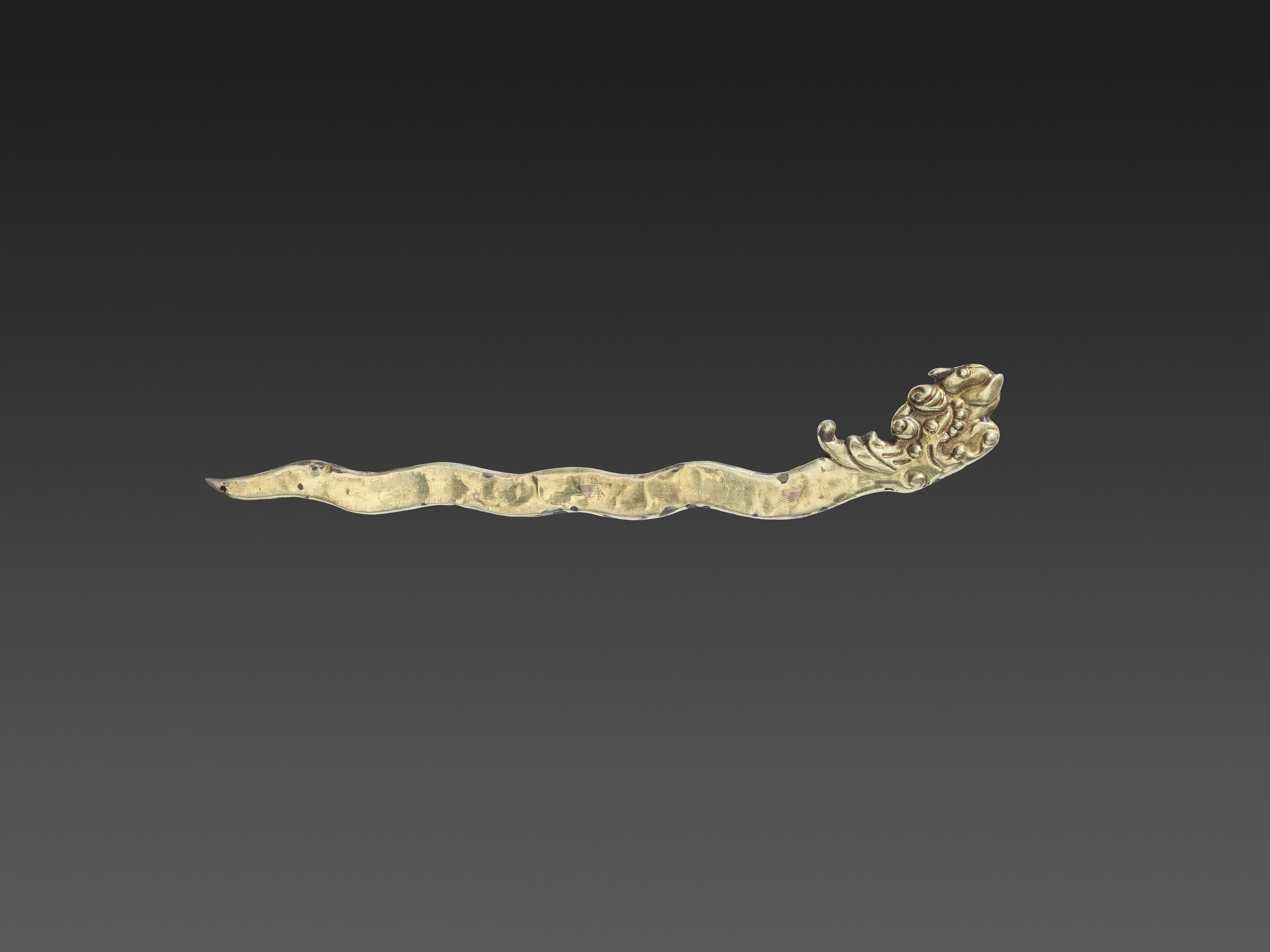 This broad, flat, sinuous hairpin from the 18th to 19th century has been published three times, first in Gold Treasures of the Cham Kingdoms from the Collection of Dr. Zelnik Volume 1 in 2007, then in The Zelnik István Southeast Asian Gold Museum in 2013, and most recently in "Art of Champa" from Arts of Southeast Asia Magazine, Issue 4 in 2020. 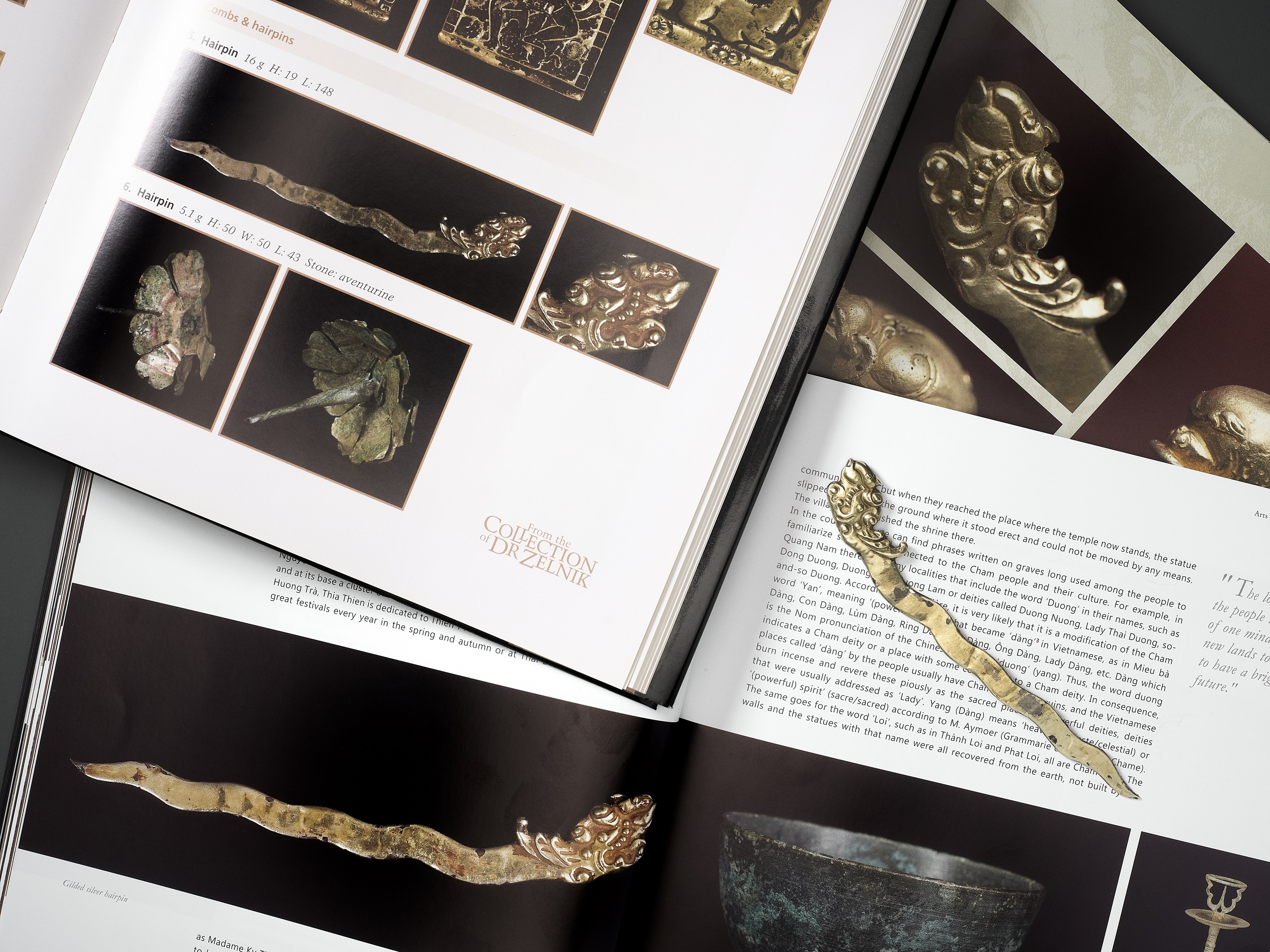 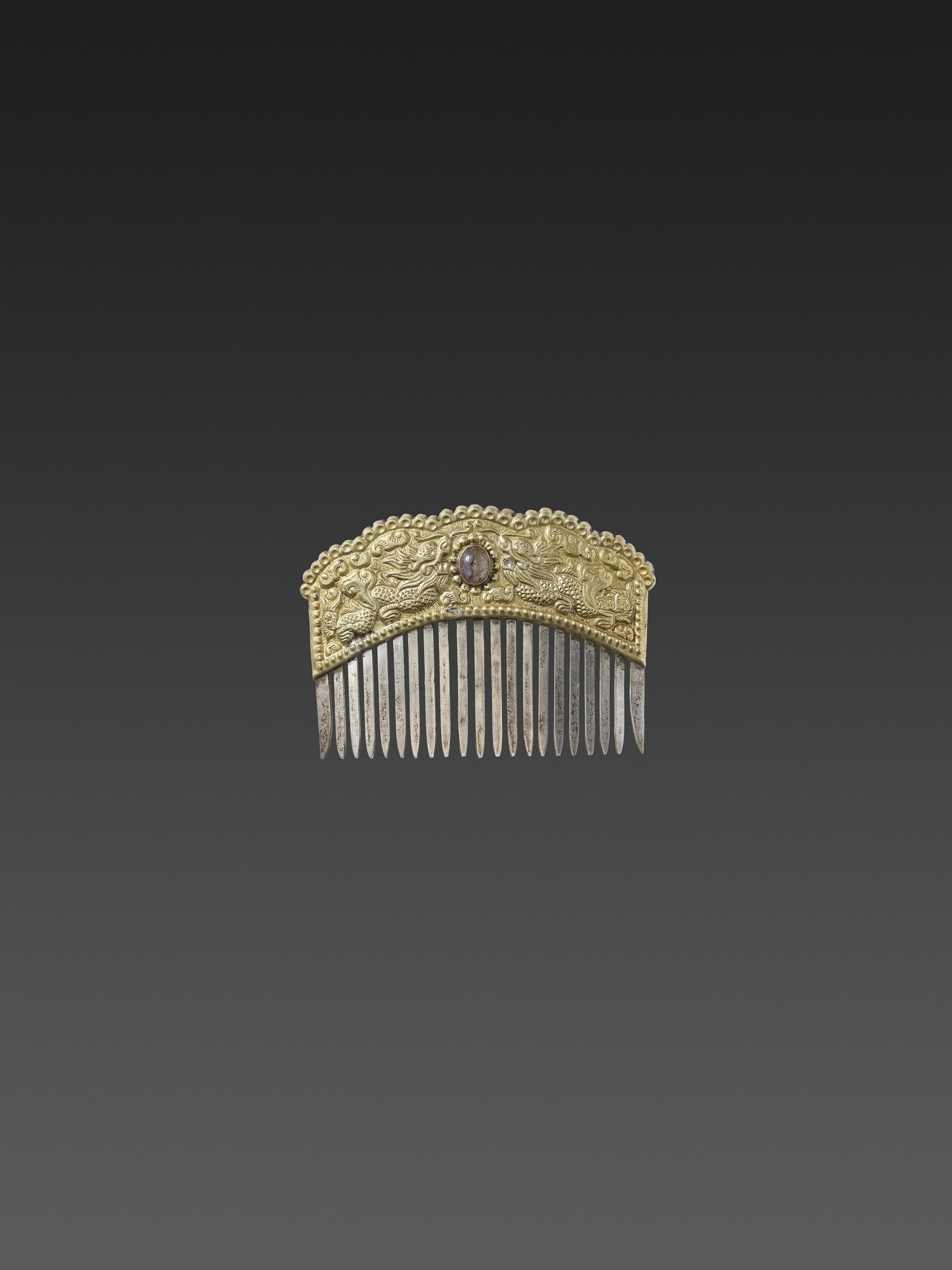 Lot 47 is a gemstone-set gold repoussé and silver hair comb with dragons, dating back to the 17th to 18th century. In between the two dragons is a magical pearl in the form of an oval gemstone. 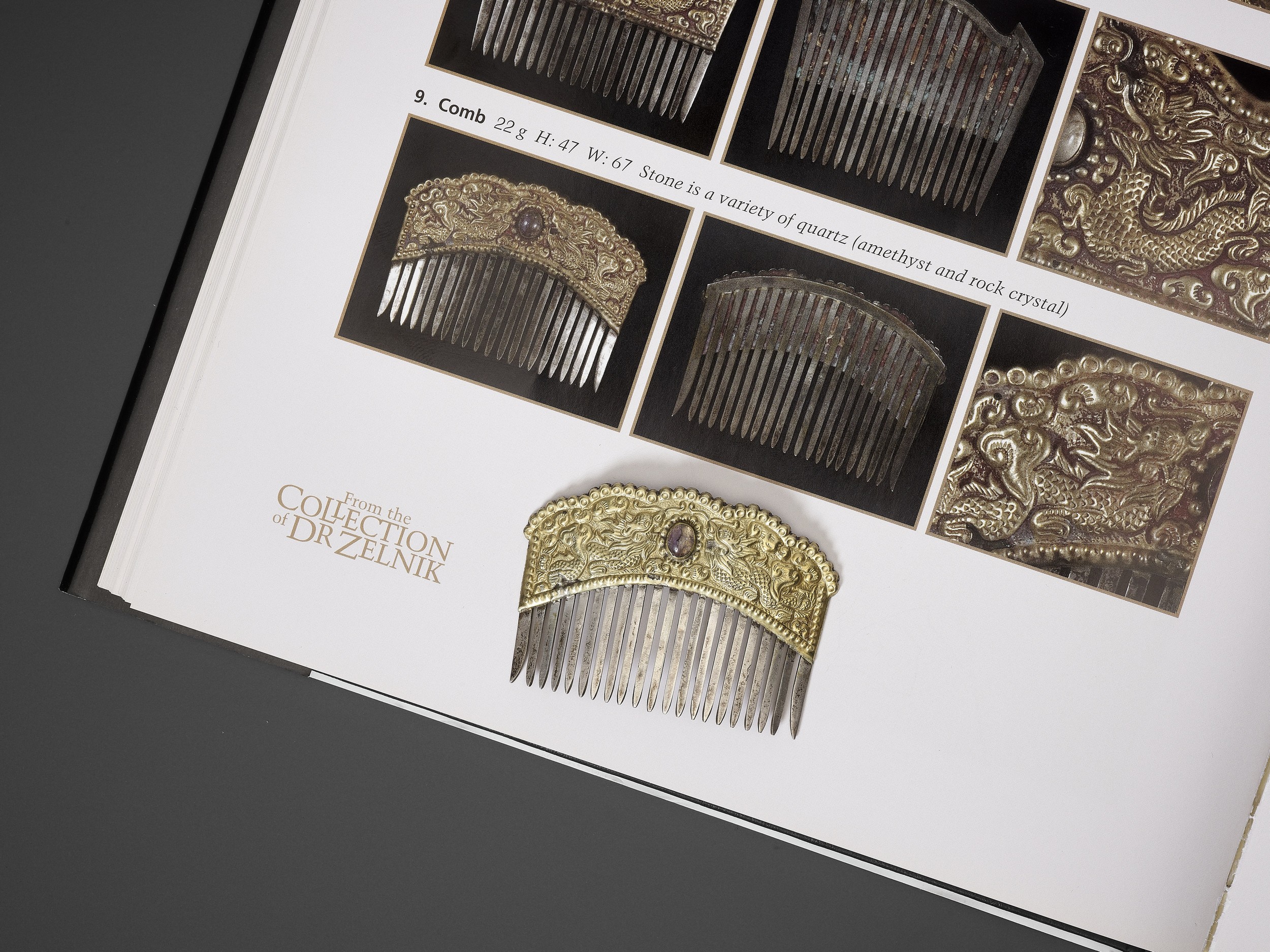 This piece (lot 47) was published in Gold Treasures of the Cham Kingdoms from the Collection of Dr. Zelnik Volume 1 in 2007. 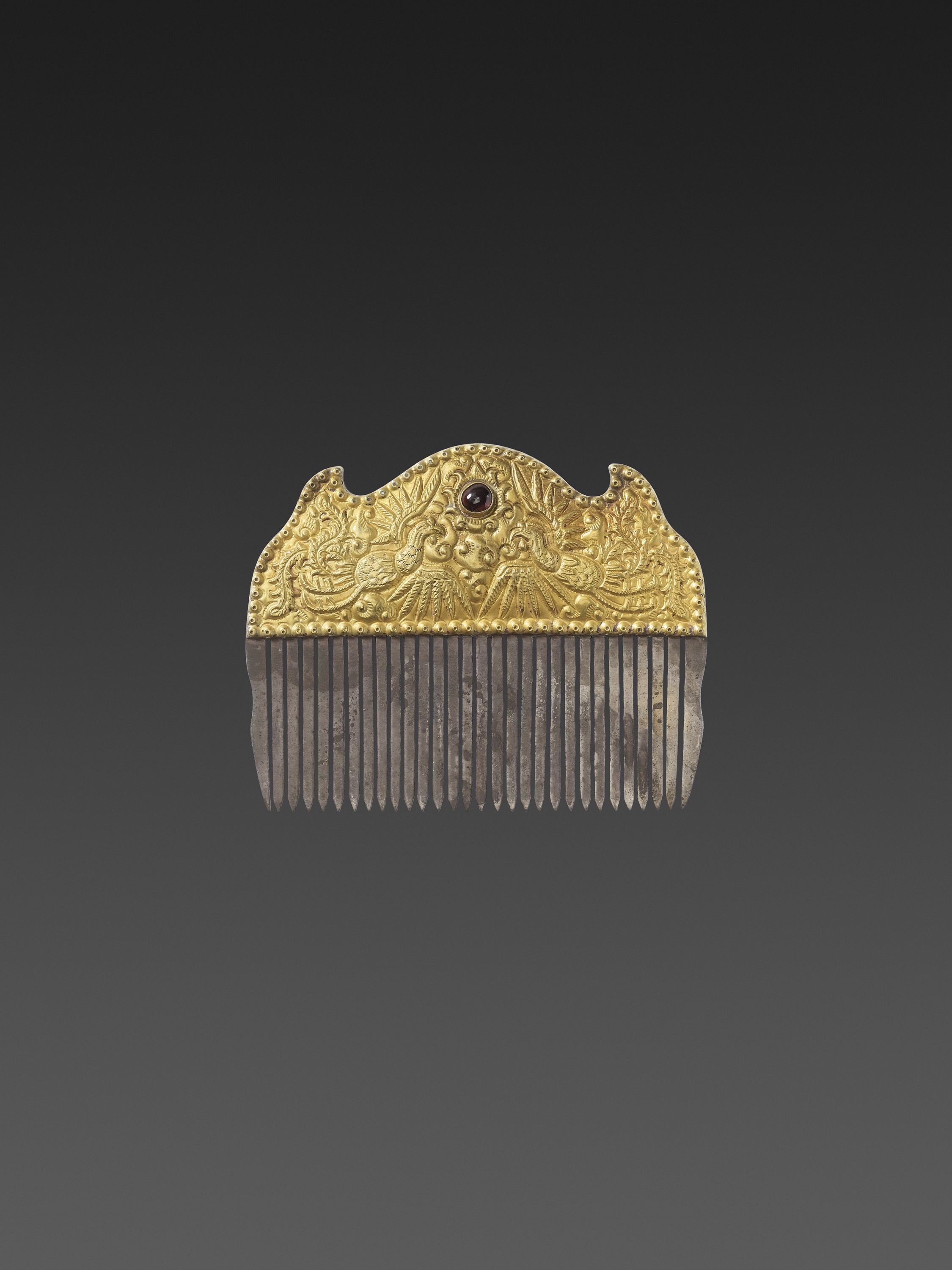 The next hair comb up for sale, lot 48, is also from the 17th to 18th century, with two phoenixes surrounding a round gemstone. 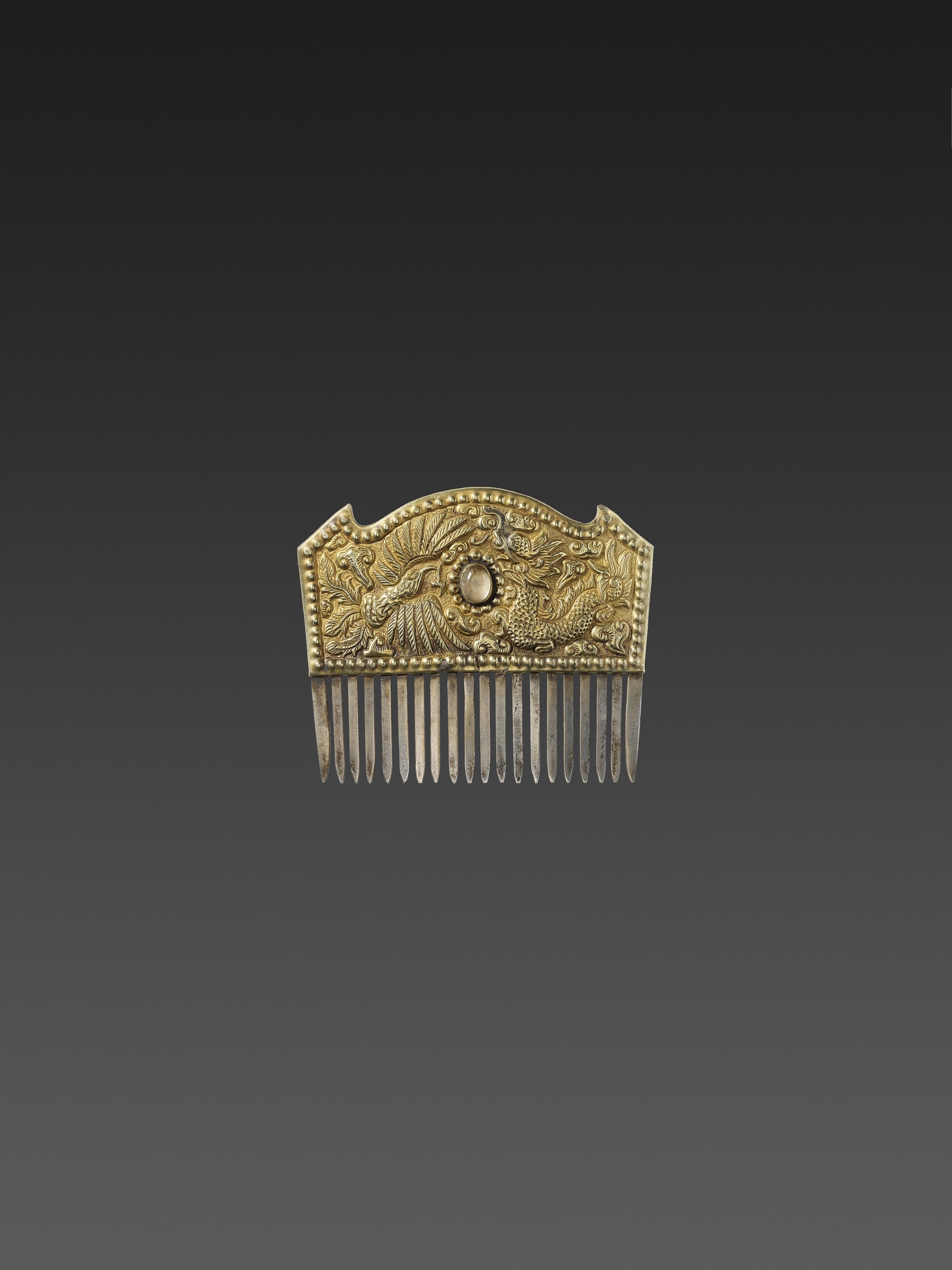 This rock crystal-set gold repoussé and silver hair comb depicts both a dragon and a phoenix, with an oval rock crystal set in the center of them. 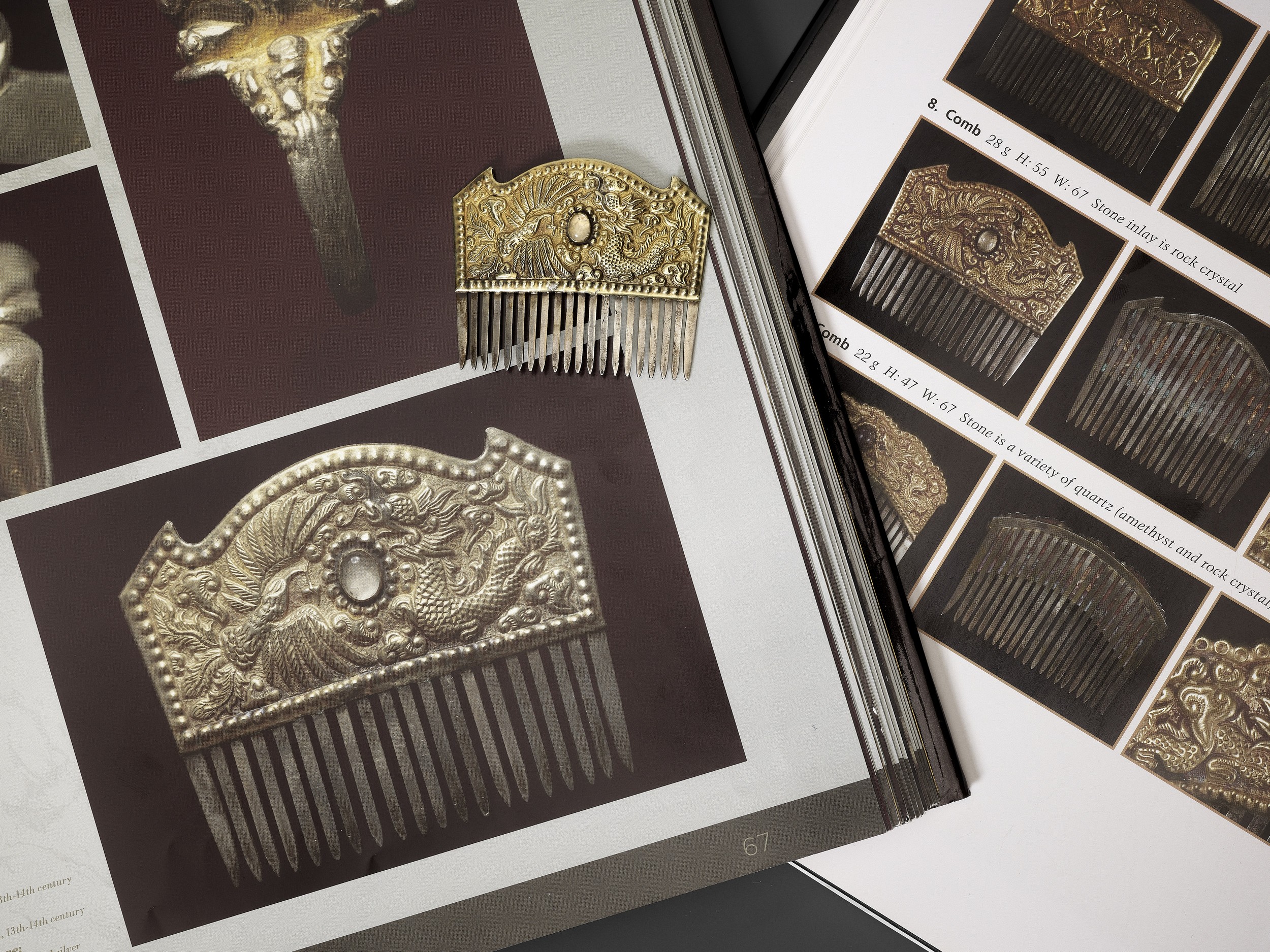 Lot 49 has been published twice, once in Gold Treasures of the Cham Kingdoms from the Collection of Dr. Zelnik Volume 1 in 2007 and again in The Zelnik Istvan Southeast Asian Gold Museum in 2013. 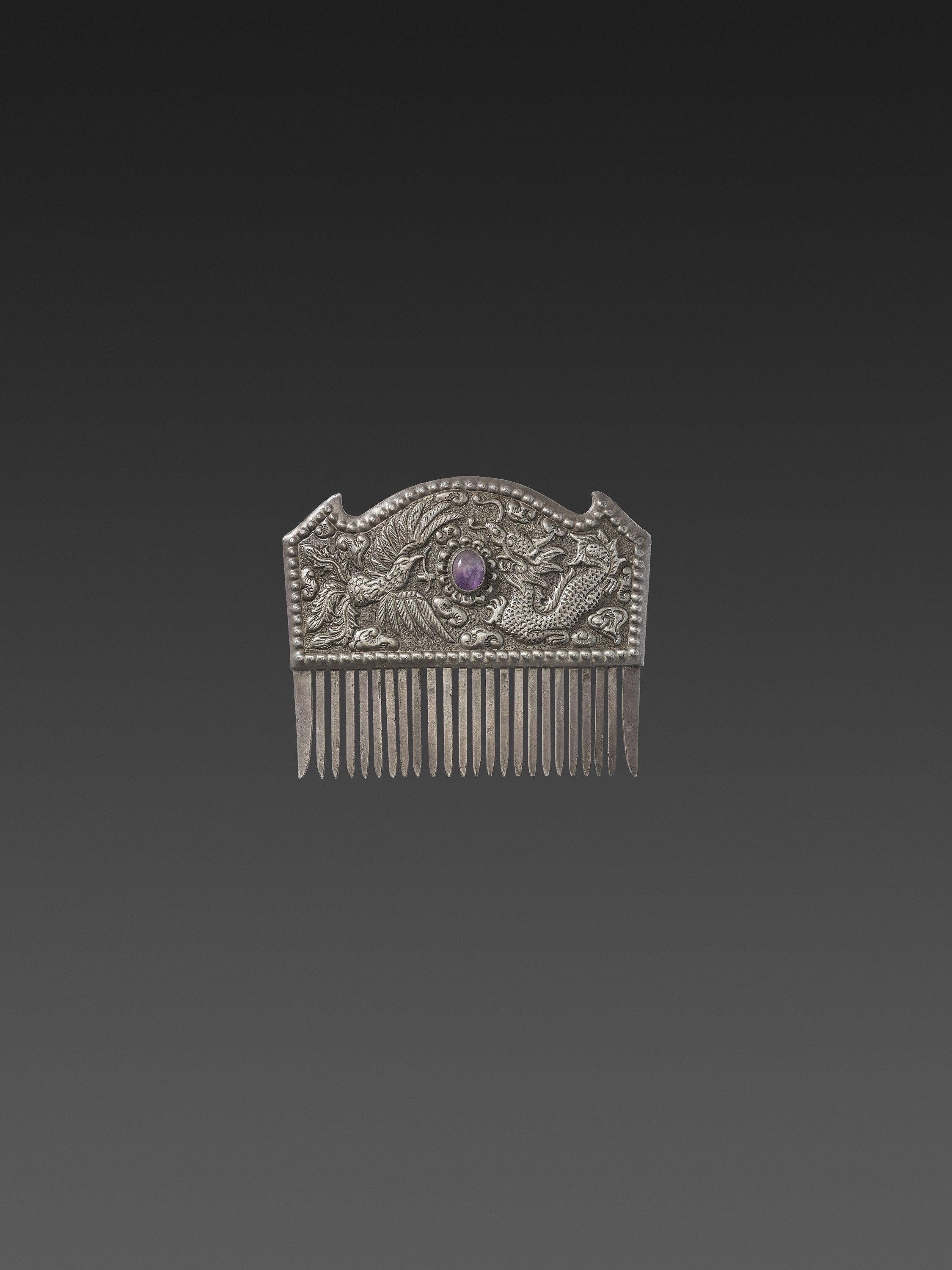 The final item from Bao Dai's collection is an 18th to 19th-century amethyst-set silver repoussé hair comb with a phoenix and a dragon. Like many of the items up for sale in this particular auction, the combs blend cultural significance and quality with a timeless design that fits seamlessly with modern fashion. 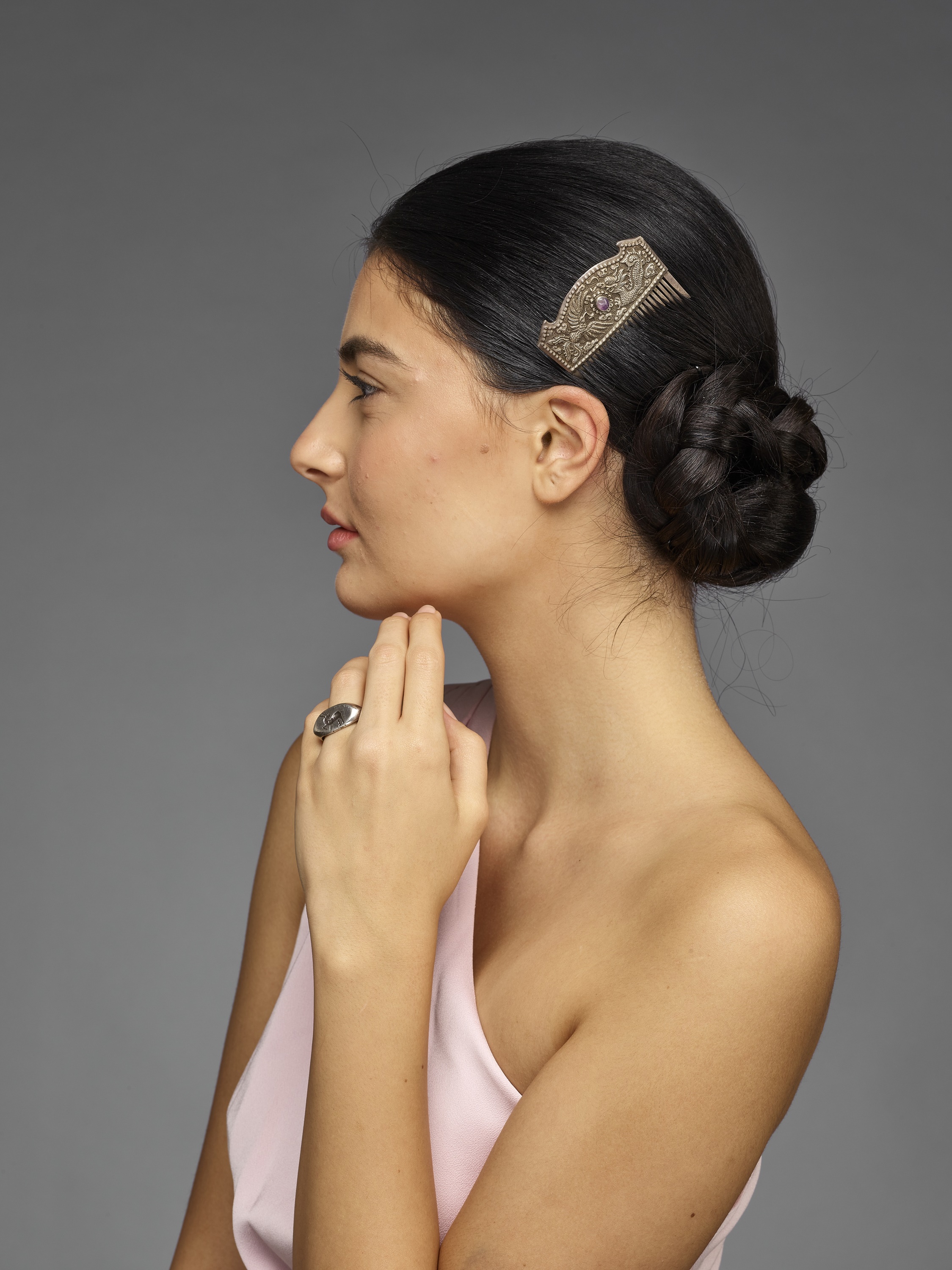